Around the Sierra de Bernia 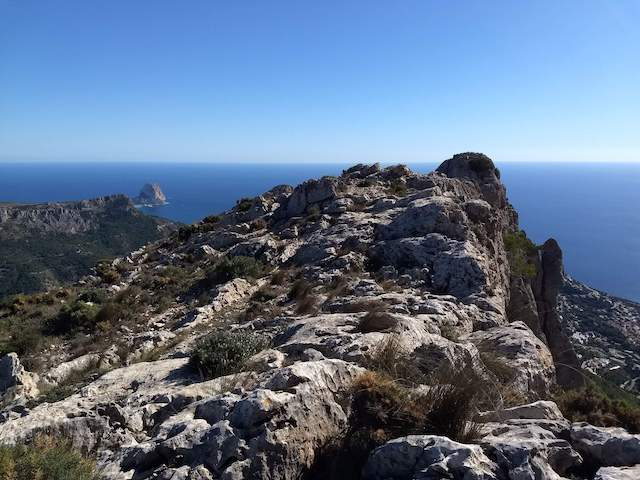 This hike goes around the Sierra De Bernia via historic steep hiking trails, such as the Camí de la Cova de la Serp, a historic bridle path. We also pass the ruins of the Fortress of Bernia. All around there are spectacular views in all directions.

Around the Sierra de Bernia

Dog: allowed on a leach

The Camí de la Cova de la Serp is a historic bridle path that connected the settlements of Altea la Vella and Pinos through the Serra Bèrnia and which has an exceptional historical and ethnological value by having sections of paved pavement, as well as an innumerable number of dry stone steps .

The Fort of Bernia is located on the southern slope of the Sierra de Bernia in the municipality of Calossa d'En Sarrià. The fort was built in 1562 but was demolished in 1613, mainly because of its impractical location. Now only a ruin remains. Striking are some preserved roof vaults of the former crew quarters.
No additional information.
Accessibility & HRC

HRC starting point.
There are several catering establishments in Altea.

HRC on the way.
No catering but picnic areas.