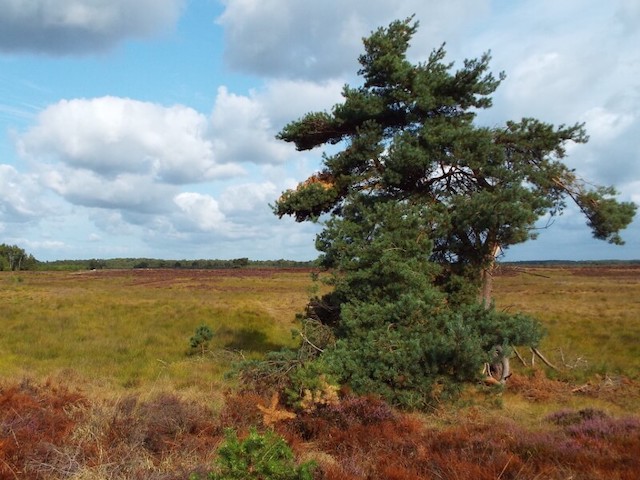 The Peel Path is approximately 415 kilometers long of which 80% is unpaved. The path starts in Weert and ends in Grave and consists of 25 stages, all stages start and end near bus stops in a village. The Peel is a largely vanished high moor area on the border of Noord-Brabant and Limburg that stretched from Weert in the south and Grave in the north, an area that was hardly accessible over the centuries.

From the early Middle Ages onwards, the inhabitants of the surrounding areas cut peat for their own use. Peat mining was a lucrative business for hundreds of years as it was the main fuel available. After excavating or dredging the peat, the soil was made suitable for agriculture. One of the best-known areas in the Netherlands for the large-scale production of high bog peat was Bourtanger peat in the southeast of Groningen and the east of Drenthe. Large-scale production of high bog peat has also taken place in The Peel. What remains are two large contiguous peel areas and various small peel remnants. There are several explanations for the origin of the name de Peel, one of which is that the regional name is linked to the Latin word palus (= marsh), the other the word Pael, which stood for a border or boundary marker. The name peel is common in place and field names. Large parts of the area have been transformed into an agricultural area, yet in the original peel area in and on the edge there are sufficient nature areas consisting of peel remnants, woodland and heathland, but also stream valleys and areas with small-scale agriculture that have made a nice varied path possible.