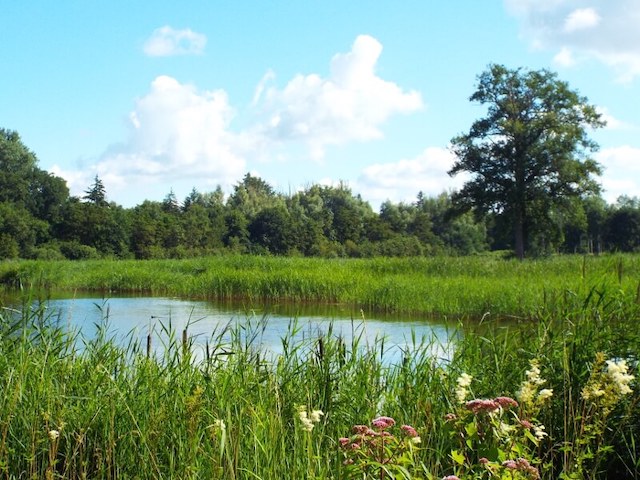 In the Netherlands, a regional path is a recreational walking path of more than 80 km. Usually also a closed route, which means that the start and end points are the same. The yellow-red markings are characteristic of these paths. All trails can be walked as a long-distance walk, but also per stage as a day walk.

The Peel Path is an approximately 415 kilometer long path of which 80% is unpaved. The path starts in Altweerterheide and ends in Grave and consists of 23 stages, all stages start and end at bus stops in a village.

This path is 125 km long, of which 68% is unpaved. It winds through Westerwolde and consists of 9 stages, which vary in length from 11 to 18 km. Westerwolde, in the southern tip of the province of Groningen, is a gently sloping sand ridge along the German border.

The Maaskantpad is a 477 kilometer long path of which 77% is unpaved. The path starts in Molenhoek and goes along the east side of the Maas to Montfort and then returns to Molenhoek via the west side. The trail consists of 27 stages with distances from 13 to 23 kilometers. The path can be walked as a long-distance hike, but also per stage as a day hike. Each stage has a train station or bus stop as the start and end point.

The Groene Woud Nature Path is a series of 8 line walks through nature reserves in Het Groene Woud with a total length of 158 kilometers. The line walks start from centrally located Boxtel and go to places in the four the compass.