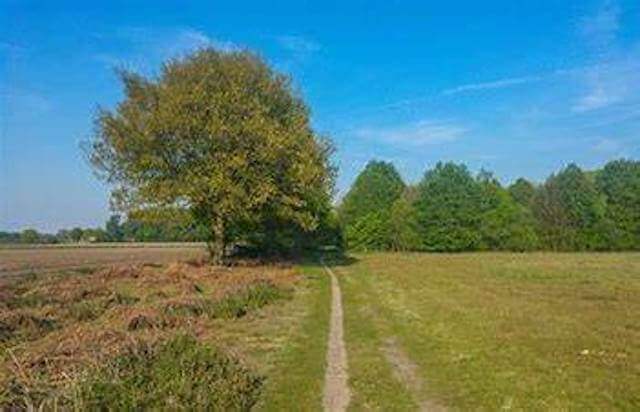 This walk goes through the nature reserve of the Sint Jansteen water extraction area via unpaved paths in the direction of Heikant. Over dikes it continues along the Tragel where you can admire a beautiful work of art, Village view De Rat.

This walk goes through the nature reserve of the water extraction area Sint Jansteen via unpaved paths towards Heikant. Via the Oude Drijdijck and the Clingedijk you walk along a green strip to the Tragel, with the Village view of the Rat, this time adorned with a mouth mask. Shortly before the end you will pass one of the oldest trees in Zeeland. On the Rond de Boom is a 200-year-old Red Beech with a trunk circumference of more than 4.5 meters.

Heikant is a relatively young border village that mainly consists of ribbon development. The name Heikant dates back to the early 18th century, when it was popularly called in the heijde or dheije. It refers to the vast moors that were originally in the area. On October 4, 2019, Heikant had 1,095 inhabitants. Heikant is situated on the transition from clay to sandy soils and is bordered on the south side by woodland plots, on the north side the polder landscape dominates. In the north is the Groot- or Oud-Ferdinanduspolder, in the western point the Klein- or Nieuw-Ferdinanduspolder, and to the east is the Absdalepolder. In the south of Heikant lies the partly wooded Wildelandenpolder, the eastern part of which belongs to the Sint Jansteen water extraction area.
No extra information.
Accessibility & HRC