High above the Ourthe 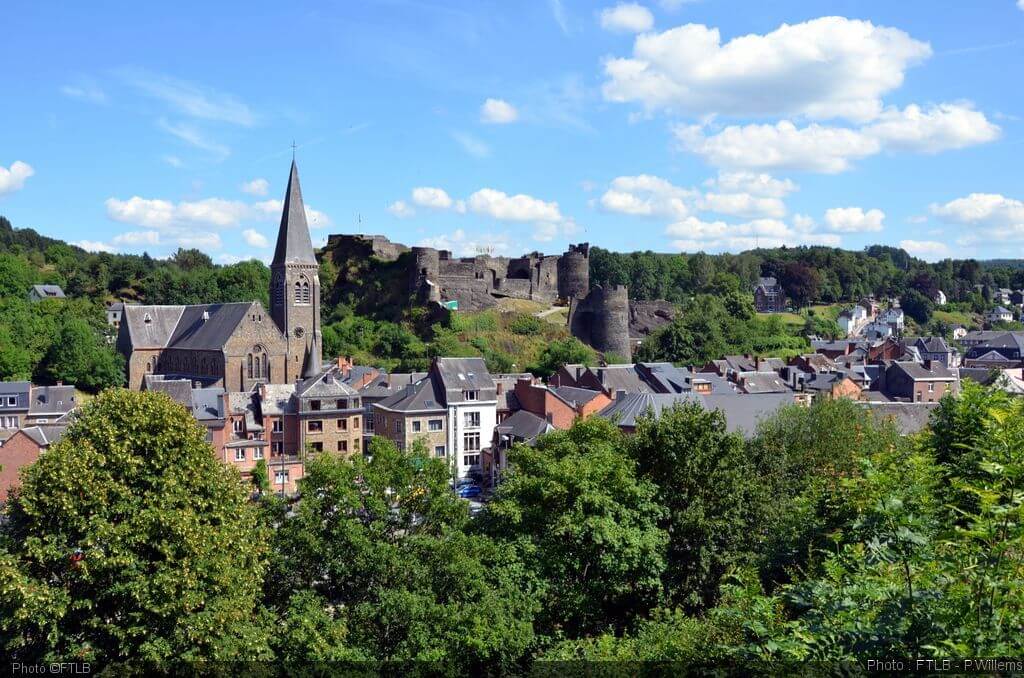 The town of La Roche-en-Ardenne is picturesque on the banks of the Ourthe, which forms two large meanders in the valley, between the hills. The castle that casts its shadow on the town was already inhabited in the stone age. The site later became an oppidum, saw a Roman fort emerge and eventually became a feudal fortress. Because of its ideal location, La Roche offers plenty of opportunities for walkers, cyclists and kayakers. The trail follows the signage no. 6 to Maboge and Borzée and then returns to La Roche. Along the way you get beautiful views of the castle ruin and the valley of the Ourthe.

High above the Ourthe

The walk goes via the high plateau in the direction of Maboge. Then you follow a part of the Eisleck Trail to the edge of Borzée where you find a chapel. Afterwards you walk to the viewpoint Gisant de Cohan and later you get a beautiful view of the city park and the castle of La Roche.

Walking stick useful for the steep climb to Maboge.

POI 1 - Ruins of the castle of La Roche-en-Ardenne.

This 9th century castle, which towers above the city and the Ourthe, in full nature, makes La Roche truly The pearl of the Ardennes. During your visit you will be immersed in the Middle Ages. In the wake of lords and knights. This area, which rests on a rock of the Deister, contained successively a Neolithic shelter, a Roman oppidum and a house of the Frankish kings. Despite the many changes that the castle subsequently underwent (excavations have revealed new halls and relics from the 15th century), the current ruins with their towers, loopholes and dungeons have kept clear traces to the feudal era.
Maison du Tourisme La Roche-en-Ardenne.
6980 La Roche-en-Ardenne
Place du Marché 15.
Website: www.coeurdelardenne.be
Accessibility & HRC