Grote Putting and the Vogel 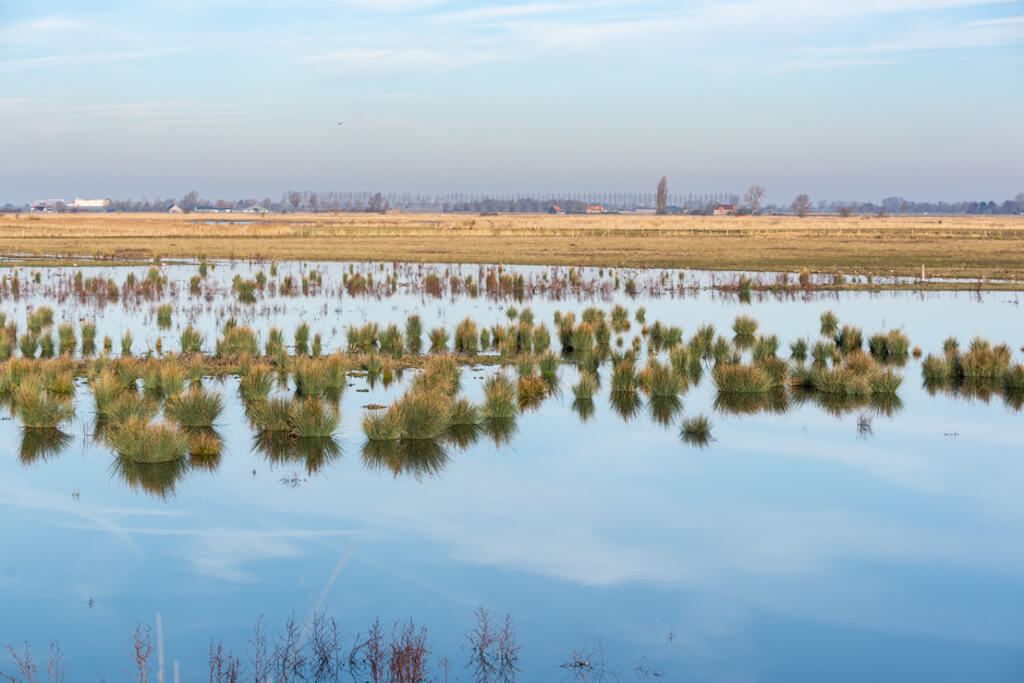 This walk starts at the nature reserve De Grote Putting, one of the few real old-land areas that Zeeland still has. In the village of Kuitaart you pass the corn mill Vogelzicht from 1865 and then you walk along the nature reserve De Vogel. Hengstdijk is located on a twelfth-century dike and has been embanked by Flemish monks, once it had an open connection with the river Westerschelde.

Grote Putting and the Vogel

Take binoculars with you.

The Grote Putting is one of the few real old-land areas that Zeeland still knows. The area is located in the Grote Hengstdijkpolder which had already been pillaged before 1161. This makes it one of the oldest areas in the region. The Putting is a low-lying meadow area and consists of a lot of small plots bounded by winding ditches. In earlier times, peat has been removed from the subsoil, which explains in part the 'hollow' character of the grassland. In the summer months, the Putting is mainly an area for meadow birds, such as lapwing, godwit and avocet. In the winter months, it is mainly large groups of long-legged geese, gray geese and Canadian geese that visit the area.
VVV Zeeland.
4561 AR Hulst Steenstraat 37
Website: www.vvvzeeland.nl

The corn mill Vogelzicht was built in 1865 by order of Josephus van Jole by Gebroeders De Moor from Sint-Niklaas in Belgium. The unique thing about this mill is that it is a combination of a flour mill and a grinding factory. The mill is still grinding.
Vogelzicht.
4584 LL Kuitaart
Frederik Hendrikstraat 75
Website: www.molenvogelzicht.nl

De Vogel is one of the oldest creeks in Zeeuws-Vlaanderen. The Groote Hengstdijkpolder was reclaimed in the 11th century and has not been flooded since then. Since that time, this creek has also been located within the dykes. Before that time it was a tidal channel where the water from the Westerschelde flowed in and out twice a day. A new piece of nature has recently been built on the south side of the creek. It is now a piece of grassland with a number of low-lying areas and water features. Especially water birds appreciate the area.
VVV Zeeland.
4561 AR Hulst Steenstraat 37
Website: www.vvvzeeland.nl
Accessibility & HRC