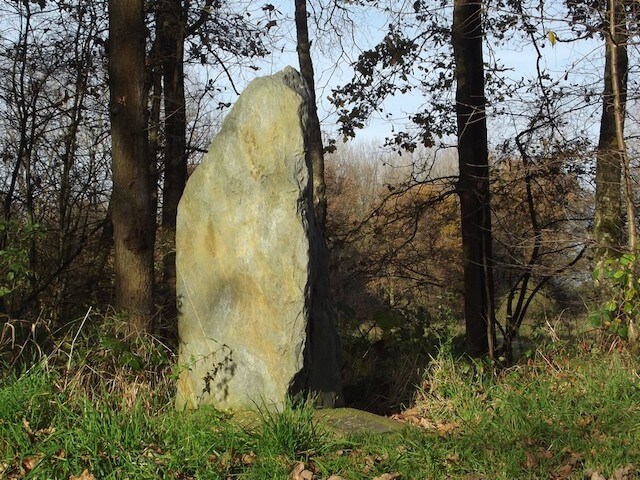 The Areven is a varied nature area with forests and meadows. The Stramprooier heather is for the most part a former heath and drifting sand area, planted with Scots pine. The Abeek stream is followed in the Stramprooierbroek, a beautiful meandering stream through a swampy area. During the walking tour one passes two mills, the De Nijverheid windmill also known as the Nijs mill and the Broekmolen water mill. Unfortunately, the water wheel of this water mill is not visible from the road, viewing is only possible by appointment.

77% of this walking tour is unpaved.

De Molen van Nijs (also known as De Nijverheid) is a flour mill in Stramproy. It is a round brick belt mill, built in 1903 for Michiel Kunnen. In 1921 the mill came into the hands of Jaques Nijs, who renovated the mill. From about 1960 the mill became out of use and slowly began to show signs of decline. The municipality bought the Molen van Nijs in 1974 and had it restored the following year. The mill is used as an instruction mill and can be visited when it is running.
Wikipedia
Website: www.wikipedia.org

The Broekmolen van Stramproy was from the beginning of the 19th century always called water-grain mill. The Broekmolen is beautifully but secluded in the hamlet of Heyeroth near Stramproy. A dirt road leads from the paved road to the Belgian town of Bocholt to the mill. The mill from the Aabeek, which forms the border here, receives water for the drive. The area around the mill was originally woody and sparse. Traditionally the mill was a loan from the Stift van Thorn. The mill is driven by a wooden bottom slab with sheet-iron blades. The mill with an interesting history has recently been made ready for use again. The Broekmolen is used for the generation of energy. The mill can be visited every 2nd Wednesday and 4th Sunday of the month from 11:00 - 16:00 or by appointment.
Broekmolen
6039 RS Stramproy Grensweg 8
Website: www.broekmolen.nl
Accessibility & HRC

HRC Starting point.
In the centre of Stramproy.