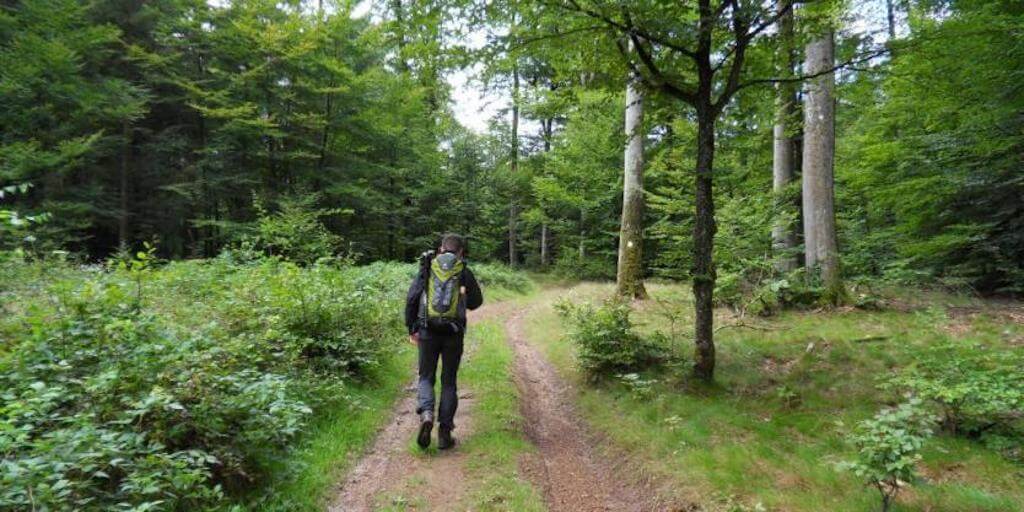 The walk from Maissin to the famous book village of Redu with its many booksellers combines nature and (reading) culture. In 1984 two local journalists from this empty rural village with 450 inhabitants made a huge book market. Following the example of Hay-on-Wye in Wales, which has been a unique second-hand book center since 1961, there are now 20 bookstores in old stalls and farms in Redu. And of course the gastronomy has its place in Redu.

Discovery of the Upper Lesse.

The trail goes from Maissin to the village of Lesse and in the direction of the book village of Redu. Then you walk along the banks of the Lesse to the Maria-Theresia bridge to get back to the starting point.

Picnic and plenty of water, in the summer sunscreen.

Redu has been the book village since 1984. This typical Ardennes village with stone-built houses and surrounded by woods lies in the province of Luxembourg. If you like reading, come to Redu, like 200,000 other visitors from around the world.
Maison du Tourisme du Pays de la Haute Lesse.
6890 Redu Place de l’Esro 60.
Website: www.haute-lesse.be

The tradition is that Empress Maria-Theresia had a bridge built over the Lesse, following an accident of which she was the victim, when she wanted to cross the river by horse. The reality is, as is often the case with the 'real' history, very different. For the bridge between Maisin and Transinne was built under the government of Albrecht and Isabella, in order to facilitate the passage of the old and the 'only true' road from Bouillon to Liège.
No extra information.
Accessibility & HRC