The old village of Wéris 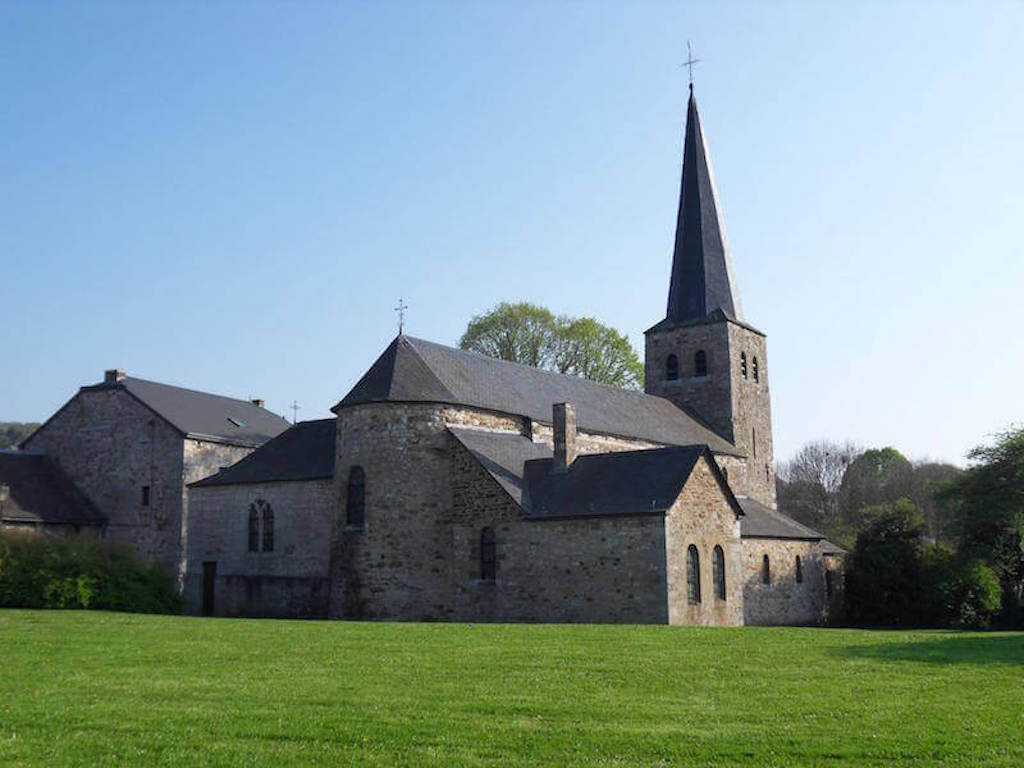 Wéris is a member of the association of Most Beautiful Villages of Wallonia. The village deserves a visit because of the well-preserved village architecture, the Romanesque St-Walburge church from the 11th century and the picturesque and typical local houses. The walk travels through forests and fields between the Famenne and the Ardennes, and offers some beautiful viewpoints on the agricultural landscape and the many megalithic remains. Along the way you will discover some rocks and boulders with a legend associated with them, such as the Haina Stone and the Devil's bed.

The old village of Wéris

Between the Belgian Ardennes and the Famenne.

The walk goes over a paved road to a path that goes along a hedged road through meadows. At the edge of the forest, the trail takes a litlle detour from the track and follows a path to the megalithic monument Haina Stone where you have a beautiful view. Then it goes to the mysterious Devil's bed. The walk then continues through a beautiful mixed forest to a wasteland that is strewn with heath and bushes and through the hedged fields to the Pas-Bayard chapel. From the chapel it goes back along a traffic-restricted asphalt road back to the starting point.

The dolmen of Wéris was already a famous monument around 1850. The Belgian State bought it in 1882 for the sum of 1200 BEF. Excavations took place from 1888, but only in the early eighties of the twentieth century did the more scientific excavations begin with François Hubert, archaeologist at the "Service National des Fouilles". The dolmen of Wéris has a north-northeast orientation. The total length is 10.80 m. This consists of a rectangular burial chamber and a short, unsecured porch. The room is enclosed by 4 paving stones, on which 2 decking stones form the roof. One of those capstones weighs about 30 tons! Menhir A with a height of 2.84 m might well be an indicator brain. This would therefore serve to indicate the place. The two access stones with a semicircular opening, worked out at the top, are held in place by two upright stones. The porch is demarcated by two lying stones. At the back is a big stone, why it is still a mystery. François Hubert, archaeologist, considers it quite possible that the slope east of the dolmen in the time of the megalithic builders reached beyond the dolmen. The monument would probably have been covered with an earthen cover hill. The country road east of the dolmen is in the same place, but a bit higher, as where the Gallo-Roman pilgrimage ran through the fields. This road is still called Roman road today. Excavations in and around the dolmen of Wéris yielded some objects from the Neolithic period (the new stone age), from the transition between the stone and bronze age, as well as from the Gallo-Roman times. The found human bone and tooth remains prove that this monument in the Neolithic was used by several individuals, young and old, as a grave. Found artifacts of the Neolithic Seine-Oise-Marne culture of the dolmen builders include flint pits, arrowheads, a scraper, a part of a green phyllite tuft, part of a polished ax. That these megalithic graves were reused during the bell-beaker culture from the transition between stone and bronze age show us the found pot shards of the All-Over-Ornamented type, forerunners of the bell-beaker culture. The coins and potsherds found in the vicinity date from the Gallo-Roman period.
House of the Megaliths.
6940 Wéris (Durbuy)
Place Arsène Soreil 7.
Website: www.megalithes-weris.be
Accessibility & HRC