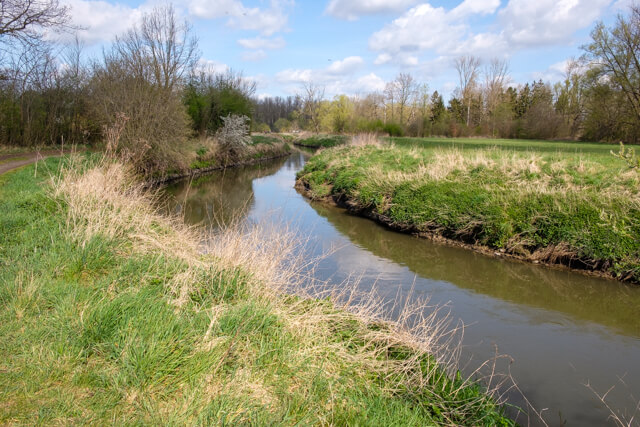 This walk takes you through the valley of the IJse to the Margijs forest. Via beautiful sunken roads you walk to the Doode Bemde nature reserve, one of the most beautiful green pearls in the Dijle valley. Here you will find a mosaic of small fields and copses, brush and reed beds, ponds and canals.

From the Sint Rochus chapel you go through the stately Prins de Bethunelaan to the IJse valley, here you follow the meandering river to the watermill of Loonbeek. The route ascends through the Margijs forest to arrive at the plateau from where you have a beautiful view of the Dyle valley. Through a beautiful sunken road and paved roads you arrive in the nature reserve Doode Beemde. From here you follow the meandering Dyle through this beautiful piece of nature where the beaver feels at home. You walk back to the starting point on a decking path.

The Loonbeek mill was a ban mill for the inhabitants of Loonbeek that was first mentioned in 1495. The Loonbeek seigniory was bought in 1500 by Jan van der Vorst and would remain in the possession of his descendants until 1811. Presumably by the Geuzen in 1579 the castle, the mill, some leaseholds and a large part of the village where destroyed. The reconstruction was not completed until the 17th century.
No extra information.

The legendary brigand of the Peasant War Charles-François Jacqmin died in the Margijs woods. In 1795 he formed a resistance group against the French in Loupoigne (Walloon Brabant). He used the name Charles de Loupoigne for this. That name was later popularly corrupted into Charlepoeng. He was killed in July 1799 during a battle in this forest.
No extra information.
Accessibility & HRC