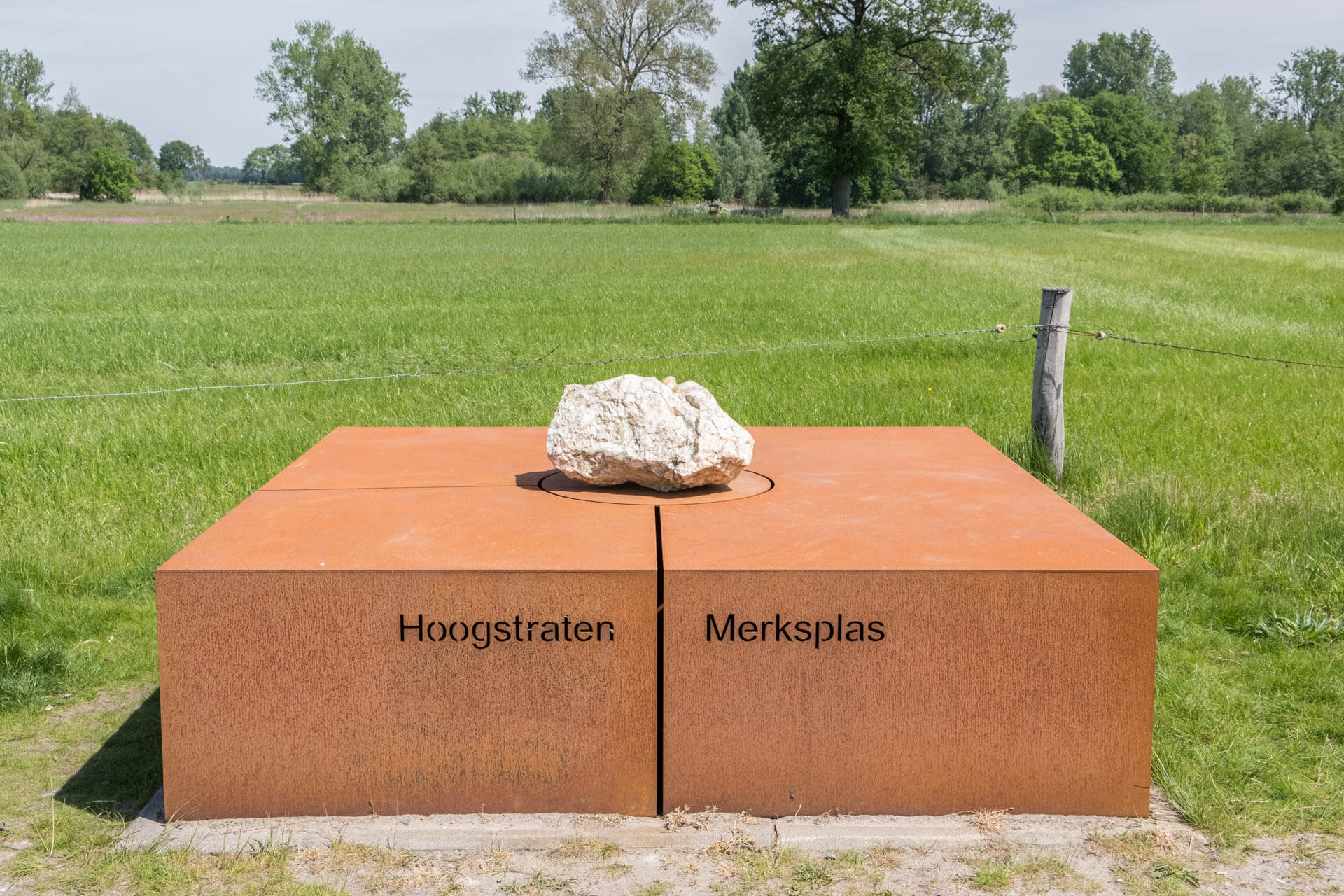 Walk through woods and farmland of the Heycant in Merksplas along the Ginhoven fields towards Zondereigen, the Noordmark river is your guide on this first part. Then you go through the nature reserve of the valley of the Marksken and the Merkske, you will be amazed by the peace and quiet that reigns here. This discovery tour through this green corner of Merksplas and Baarle-Hertog is highly recommended!

The walk goes via hiking nodes of the walking network Kempense Kolonies and immediately dives into the forest, along beautiful paths you come to the Noordermark, now follow this meandering river while you enjoy the fauna and flora. On a nice bench with a view of the fields you will learn more about the Ginhoven fields. Then it goes towards Zondereigen, this village belongs to the municipality of Baarle-Hertog. Once you have walked through the village you can get acquainted with the Peace Memorial The Dead Thread. Then it goes towards the cross-border nature reserve of the Marksken and the Merkske. Where the brooks were straightened elsewhere in the Netherlands and Belgium, the Merkske has always continued to wriggle. This is due to the fact that the Merkske forms the border between the Netherlands and Belgium. By keeping intact the natural course of the water and the favorable agricultural nature, the Merkske valley is an almost unique nature reserve. The area is home to many plant and animal species. To end the route you come to the 'Witte Kei', a border stone between the municipalities of Hoogstraten, Merksplas and Baarle-Hertog. In 1251 the municipal border of Merksplas was laid down at the request of the Duke of Brabant. This happened after a border dispute with residents of Weelde.

On this walk there are several benches for a nice picnic.

Some paths can be very swampy after heavy rain!

In 2004, archaeologists carried out a field survey in Zondereigen, the local history circle continued this and collected a total of 8,865 surface finds. The Ginhoven fields are a field complex where people are present for over 80,000 years, from hunters, collectors to farmers.
Heemkunde Kring Amalia van Solms
2387 Baarle-Hertog Kerkstraat 4.
Website: www.amailiavansomls.org

POI 2 - Peace Memorial of the Dodendraad.

The peace Memorial "Dodendraad" commemorates the electric border barrier that was established by the German army at the Belgian-Dutch border during WW1. Attempts were made to stop recruits for the Belgian army and other illegal border traffic.
Heemkunde Kring Amalia van Solms
2387 Baarle-Hertog Kerkstraat 4.
Website: www.dodendraad.org

POI 3 - Valley of the Merkske.

The Merkske, a tributary of the Mark, forms the natural border between the Netherlands and Belgium. The valley of the Merkske guarantees more than 1000 hectares of special nature. This narrow and winding river rises as Noordermark in 'het Moer' in Belgium. Because the valley of the Merkske has been in the forgiveness for a long time, nature on both sides of the border has been able to go its own way for years. Rare plant species also occur in the area. All kinds of birds, amphibians and other animals also benefit from the tranquility and natural richness of the area. The valley also has a great cultural-historical value. De Vossenberg is a castle mountain dating back to 1957 from the 11th or 12th century. It was an artificial hill with the wooden residential tower of a local gentleman. At the foot of this court was a court. Both were surrounded by a moat and a shore. A piece of the shore around the court has been preserved.
Agentschap voor Natuur en Bos
2300 Turnhout Parklaan 49 bus1.
Website: www.natuurenbos.be
Accessibility & HRC

Startpoint:
2330 Merksplas Witte Keiweg 1.
Parking:
Parking is not obvious but you can park at Farm IJs Vaneleke.
Public transport:
The starting point is not reachable by public transport.