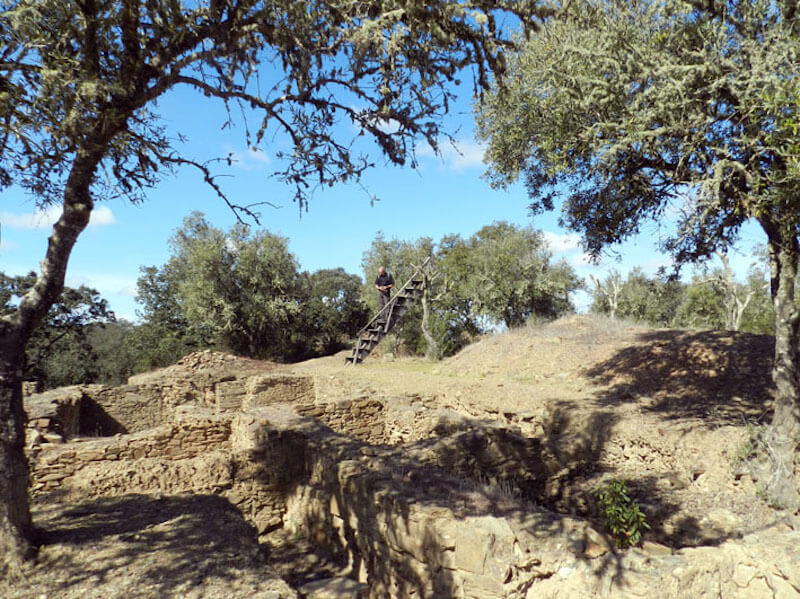 This walk starts in the typical Portuguese village of Santa Clara-a-Nova and goes entirely on wide unpaved country roads with beautiful views along the way to the archeological site of Mesas do Castelinho.

Dog allowed on a leach

For the geocachers, there is a cache (GC1ARV3) near the excavations.

The site of Mesas do Castelinho was, according to archaeological studies, a large settlement with defensive features, with remains of settlement since the Iron Age, dating back to the 4th or 5th century BC. Traces of settlements of different peoples have been found in the excavations that are still taking place on this site, the most common of which are of Roman origin and the most recent of Arab origin. The various archaeological campaigns have uncovered various fortifications built between the Iron Age and the Umayyad period.
No extra information.
Accessibility & HRC