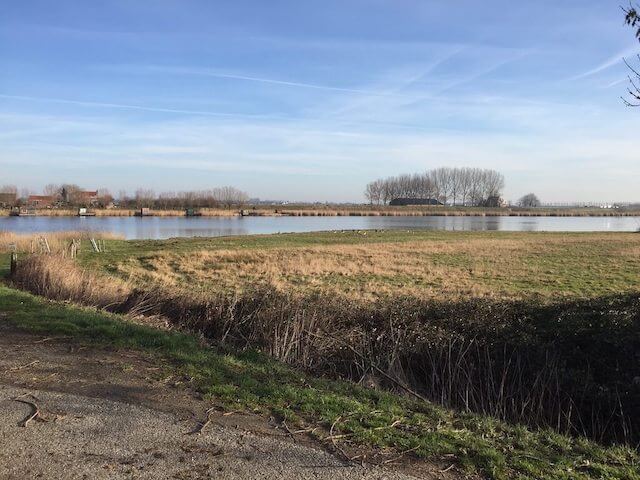 This detour introduces you to the beautiful nature around Hengstdijk. From the starting point you walk in the direction of De Vogel, one of the oldest creeks in Zeeuws-Vlaanderen. You continue to Vogelfort, which takes its name from a former fortress. You now continue on an unpaved path and arrive at the old tram bridge Vogelfort. You walk on rural roads in the direction of Hengstdijk. Here you walk around St. Catherine's Church to return to the starting point.

De Vogel is one of the oldest creeks in Zeeuws-Vlaanderen. The Groote Hengstdijkpolder was already reclaimed in the 11th century and has not been flooded since. Before that time it was a tidal channel where the water from the Western Scheldt flowed in and out twice a day. A new piece of nature has recently been created on the south side of the creek. It is now a piece of grassland with a number of low-lying areas and water features. Water birds in particular have come to appreciate the area well.
No extra information.

A very nice element of the history of the tram lines is the tram bridge in Hengstdijk. This concrete bridge is located in the route of the former tram line Drieschouwen – Walsoorden, this tram line mostly followed existing roads and dyke routes. However, a completely new tram route has been constructed between the hamlet of Vogelfort and the Oude Haven farm, here a new dike and a new bridge were built over the Oude Haven for the tram in 1915.
No extra information.

The parish was founded in 1161, after which a first church was built in Hengstdijk a short time later. In 1591 the church was set on fire by the Geuzen and after the Reformation the church belonged to the Protestants. After August 3, 1645, the church was abandoned and on March 30, 1797, the church was returned to use by the Catholics. Because the building was so dilapidated, it was decided on December 13, 1891 to demolish it and build a new church on the same site. The foundation stone was laid on June 13, 1892, and the new church was put into use that same year. During a first restoration in 1977, the large tower and the stained glass windows were restored. The church was protected as a national monument in 1978. In 1991 a number of attic beams were found to be in poor condition and a second restoration was carried out in 1994, during which the head construction, the crossing tower and the woodwork of the stair tower were taken care of.
No extra information.
Accessibility & HRC