Between Lesse and l'Homme 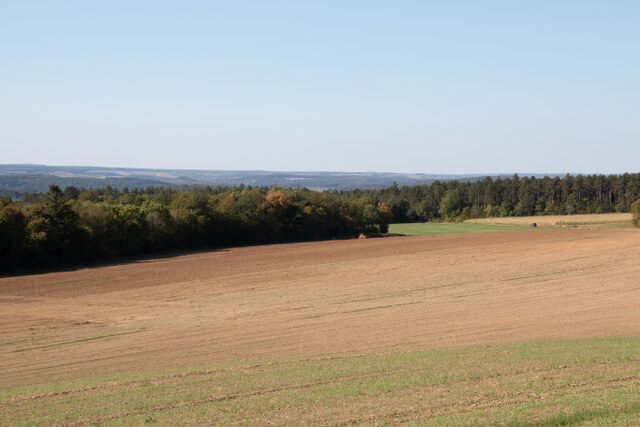 This gps walk takes you from the center of Han-sur-Lesse to the forest of Noulaiti. Once you come out of the forest, you can enjoy the typical landscape of the Calestienne, called Les Tiennes. These are small hills on a flat landscape. Then the beautiful valley of l’Homme is the eye-catcher. You go via stairs to the viewpoint on the rock of Eprave and past the cave of Eprave, which is closed to the public. The last part goes back through an open landscape in the direction of the Lesse and the starting point.

Between Lesse and l'Homme

From the village you walk along the nice railway line of the Caves of Han and the Lesse. Soon you walk into the beautiful forest of Noulaiti. You follow the edge of the forest for a while and then walk through the forest on beautiful forest paths. Once you get out of the forest you walk through a broad dirt road through Les Tiennes, this open landscape makes you dream away. In the next section, the l'Homme valley is the eye-catcher. You follow the river for a moment and then, via stairs, you reach the viewpoint. Here you have a beautiful panorama of the typical Calestienne landscape. Under a beautiful arch, you will see the entrance to the Cave of Eprave on your right. The cave is not open to the public. You start the descent through a forest and then go back along a more open landscape in the direction of the starting point.

The resurgence of Eprave is where the l'Homme comes to the surface again after an underground loop. Near the resurrection, the archaeological remains of a Roman camp from the 3rd century AD were uncovered. The Romans used this high-altitude terrain as a defensive starting point (oppidum) in the increasingly efficient invasion of the Germans. This beautiful environment was classified. You can reach the cave of Eparve via the stairs that run under a beautiful arched rock. A little further you will see the entrance to the Cave of Eprave on your right. This picturesque cave has a number of beautiful halls and galleries with a lot of stalactites and stalagmites. To protect the cave, the cave was closed by a railing (forbidden access). The panorama from the rock gives you a clear view of Les Tiennes. The area is characterized by small hills on a flat landscape. This is the typical landscape of the Calestienne. "Les Tiennes" are the result of the work of the sea for a few hundred million years, as well as the folds of the earth's crust, the ice age and the heating of the climate. The water infiltrations created many caves such as those of Han, Rochefort, Hotton or Remouchamps.
geopark Famenne-Ardenne
5580 Han-sur-Lesse
Place Théo Lannoy 2.
Website: www.geoparcfamenneardenne.be
Accessibility & HRC

Starting point:
5580 Han-sur-Lesse Rue Joseph Lamotte - Rue d'Hamptay at the church.
Parking:
Parking at the church or in the area.
Public transport:
For more information look on www.infotec.be

HRC starting point.
There are various cafes and restaurants in Han-sur-Lesse.